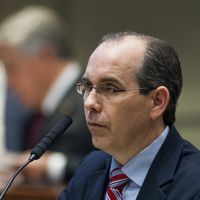 After completing a degree in Civil Engineering from the University of Alabama in 1992, Clyde has resided, worked, and raised a family in Alabama Senate District 30.

In 1996, Clyde was elected to his first of three terms on the Autauga County Commission. He served as the body’s chairman from 2000-2008. During his tenure on the Commission, Clyde worked to forge a spirit of cooperation between city and county governments. Agreements for ambulance service, the metro jail, and the humane shelter were negotiated.

Autauga County’s participation in the financial commitment for construction of the Capitol Hill Robert Trent Jones golf course in Elmore County was spearheaded by Commissioner Chambliss in 1997. The course has been a tremendous catalyst for growth in the region.

As an employee of Central Alabama Electric Cooperative, Clyde was instrumental in forging a partnership between Central Alabama Electric Cooperative, Autauga County, the City of Prattville, the Autauga County Industrial Development Board, Marshall Construction and the Chamber of Commerce for the creation of the Interstate Business Park. Clyde has been active in the industrial recruitment process and has been a part of several successful recruitment efforts. 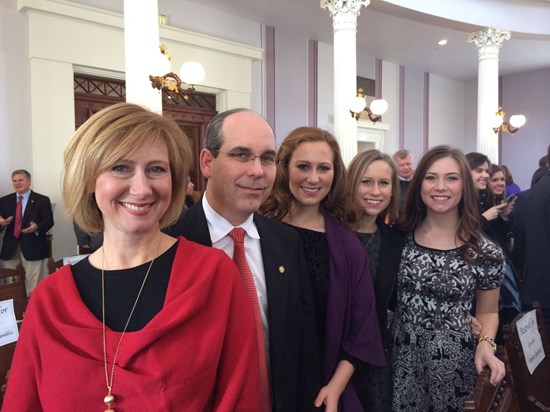 Clyde is the Principle Engineer for Chambliss Engineering (CE). CE provides civil engineering services to local governments, developers and water systems primarily in Elmore and Autauga Counties. The growing business coupled with his community involvement earned Clyde recognition as one of the “Leading 40 under 40” by the Montgomery Area Chamber of Commerce and the Montgomery Advertiser in 2002. Clyde was selected as the Business Leader of the Year in 2009 by the Chamber of Commerce Farm-City Committee.

In the midst of his civic and business responsibilities, Clyde has also served in leadership roles in the church. He has taught Sunday School, served on the Building Committee, and has served three terms as a deacon at Heritage Baptist Church in Prattville. He has used his expertise as an engineer and the resources of his business to help missionaries in the Dominican Republic, Nicaragua, and Micronesia to locate and disinfect water for their personal use as well as the people in their communities. He has made numerous trips to Nicaragua to assist Evangelism Missions, Inc. and Global Impact in installing piping systems, water storage tanks, and ultraviolet filters into rural schools that otherwise would have not had running water.

Clyde was elected to the Alabama State Senate in November of 2014 and currently serves on the following committees: Governmental Affairs; Fiscal Responsibility and Economic Development; Finance and Taxation General Fund; and is Chair of Local Legislation.  Additionally, Senator Chambliss is Senate Majority Floor Leader.